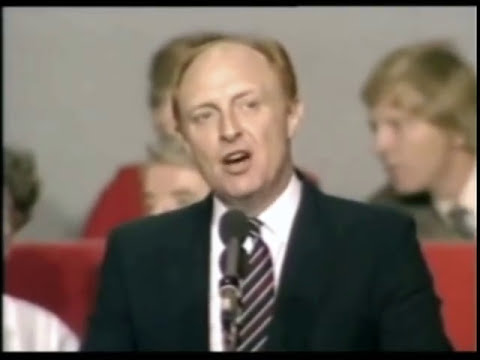 Accusations of running a presidential campaign, a Labour party surging in the polls, Conservative wobbles, Russian influence, unilateral nuclear disarmament. You’d be forgiven for thinking British politics has not moved on in the past 30 years. But these were the key topics that defined the 1987 general election coverage.

Back then though, Labour’s general election campaign was seen as the their most professional of all time, and a marked improvement from the chaos of 1983. Under the tight stewardship of Peter Mandelson and Philip Gould, the campaign focused on the ‘grid’, which mapped out the policies the party would discuss each day, ensuring there was no overlap. This method has since been adopted by political parties and governments all over the world.

However, as the Labour campaign began, they were beset by many of the same image problems they had faced since 1983. The Conservatives began the campaign on 43% to Labour’s 29%, with the bookies offering odds of 1/5 on a Tory win.

From the outset Dennis Healey caused a media storm by declaring;

‘the Russians are praying for a Labour victory…praying is perhaps an unfortunate choice of words. I think that they would much prefer a Labour government and that the idea that they would prefer a Tory government, I think is utter bunkum, and they [the Soviets] authorized me to say so’

This triggered many questions about Labour attitude towards defence, with many of its policies remaining deeply unpopular. Kinnock himself had been on a journey within the party, and had boldly took the steps to tackle militant in 1985. Yet on the key issue of unilateral nuclear disarmament the party had not moved its stance and as they entered the campaign even the Daily Mirror had doubts about this issue.

This allowed the Tories to gain early ground with some strong election posters. Ironically they produced one attacking two young backbenchers, Jeremy Corbyn and Diane Abbott – who were used to highlight the party had not moved on from its militant past.

However Kinnock’s personal ratings had shown he was more well-liked by the voters than his party was. People talk about the 2017 election as being the first Presidential election. But in 1987, Mandelson and Gould decided that the Labour campaign should focus heavily on Kinnock the man, which inevitably led to media accusations of them Americanising the campaign.

This focus on Kinnock produced one of the most memorable and influential broadcasts in British election history. Quickly dubbed ‘Kinnock: The Movie’ Mandleson drafted in Hugh Hudson, the director of the Oscar-winning Chariots of Fire (1981) to direct the film. Chariots of Fire had been held up by the media as a British success story, during the recession of 1981, as it swept the board at the Oscars.

Hudson’s recruitment marked a decisive shift in the packaging of the Labour message. Whilst making no mention of specific policies, it presented Kinnock as the family man. Mandelson later recalled that its aim was to build up Kinnock as ‘a new kind of leader and, in effect, to camouflage most of the policy prospectus on which we were asking voters to put him into Downing Street’.

The broadcast showed Neil Kinnock and his wife Glenys walking on a coastal path, which looked to move him on from the image of him falling down on Brighton beach, on the morning of his election as leader. It then worked in two iconic speeches. ‘The first Kinnock in a thousand generations’ made reference to himself being the first-ever member of his family to go to university. The second, his expulsion of Militant in 1985, which had helped foster his image as a strong decisive leader.

It’s worth noting that not everybody in the party was pleased with this new focus. Tony Benn wrote in his diary. ‘The high peak of his strength is that he attacked Militant tendency. It made my blood run cold’. Benn would later challenge Kinnock for the leadership in 1988. We can only imagine what Benn’s closest ally, Jeremy Corbyn, made of ‘Kinnock – The Movie’.

The impact of the film led to an immediate rise of 19 points in Kinnock’s personal poll ratings. On the 4th of June, Labour took the unprecedented step of showing it again on TV.

Labour’s campaign was so well organised, the Conservatives briefly feared they might lose the election. A week before election day, on what was to become known as “Wobbly Thursday”, a rogue poll for The Daily Telegraph showed the Tory lead down to 4% while Newsnight predicted a hung parliament. The poll compounded Thatcher’s unease at the way central office had advertised the campaign compared to previous elections. Thatcher was also suffering from a severe toothache, and became quite irritable and susceptible to unexplained outbursts of rage. One Minister claimed ‘we were walking on eggshells’ and ‘our nerves were on edge’.

Adding to this fear was a 7-page memo, produced by the Tories internal pollsters, stating that Labour support was improving as the campaign went on while the Government’s support was declining – referring to this trend as ‘dangerous’. It recommended the party shift focus by putting Thatcher at the centre of the campaign, and a renewed vigour of positive messages and anti-Labour material.

One week before polling day on 4 June 1987, Young and Tebbit had a major disagreement about the campaign strategy. It is claimed that Young grabbed Tebbit by the lapels and said “Norman, listen to me, we are about to lose this fucking election”. A concerned Mrs Thatcher handed the management of the campaign over to Tim Bell.

In a blanket newspaper advertising campaign, with the use of the use of positive messages in simple black font, Bell spent £2 million in a single week. The Tory message was simple: ‘Britain is great again. Don’t let Labour wreck it’.

The critics called the result “a brilliantly successful election defeat”. Labour gained just 20 seats, and Margaret Thatcher was returned with a majority of 102. The consolation was that Labour was still alive as an electoral force and had ‘won the battle of the opposition’ against the SDP-Liberal Alliance.

Whilst ‘Kinnock: The Movie’ did not lead to a Labour victory at the ballot box, it has influenced many general election broadcasts since. 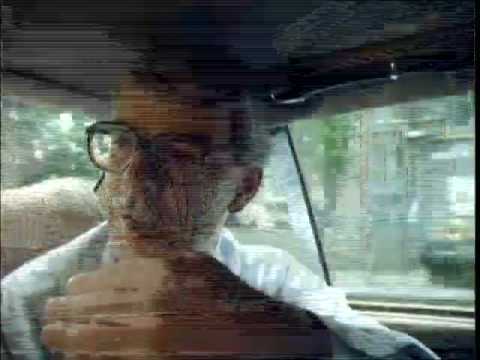 In 1992 John Major released his own biopic, were he visited Brixton market remembering his ‘long road from Cold Harbour lane to Downing Street’. In 1997, Alistair Campbell drafted in Molly Dineen for a 10-minute portrait of Tony Blair. The portrait took six months to produce and was widely received as a success.

Finally, in 2015, Paul Greengrass, a longstanding Labour supporter whose films include Captain Phillips, The Bourne Supremacy, and The Bourne Ultimatum was brought in to make ‘Miliband – The Movie’. Buzzfeed identified that it was very similar to Hugh Hudsons piece, even down to the same blue sweater Kinnock had used back in 1987.

Unfortunately for Labour though it brought about the same result.