Labour Conference at Wembley to decide rules for electing the leader. With the party on the verge of a historic split, the left – led by Tony Benn – demand greater grassroots influence over the leadership election

A thread on the party debates and its impact: 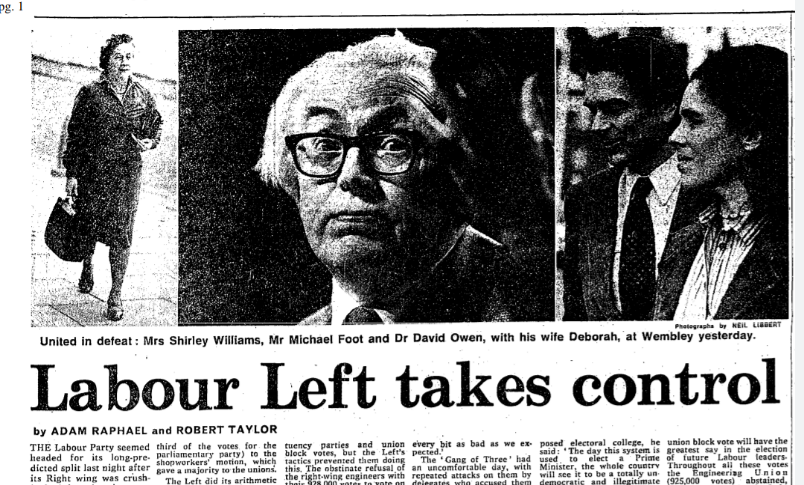 After many years organising on the left, a commission was set up by the NEC to change the way in which the leadership of the party was elected.

An electoral college with a 50:25:20:5 weighting for the PLP, trade unions, CLPs and affiliated societies was proposed

The electoral college was agreed in principle at the 1980 Labour conference with the precise weightings of the college to be decided at a special conference in January 1981. 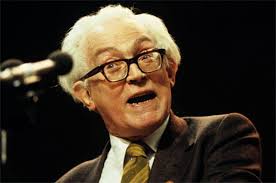 Dubbed ‘Suicide Saturday’ by the press, the run-up to Wembley was dominated by the ‘gang of three’ threat to breakaway. 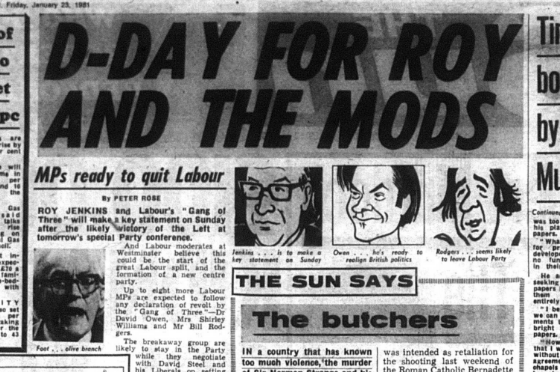 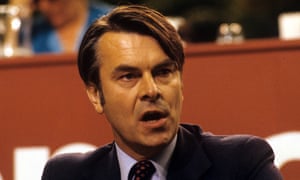 Tony Benn issued a battle cry before the conference:
‘There are very determined people trying to ensure it does not happen. But we are the majority of the party and we will go on until we win – however long it takes’ 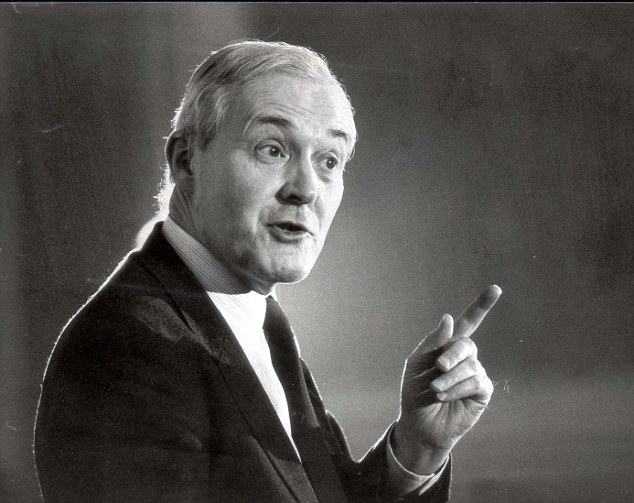 Arthur Scargill urged the gang of three to quit before Wembley: ‘The Labour Party needs them like a tree needs Dutch Elm disease’

Scargill claimed Labour was a broad church but: ‘there is no room in that church for non-believers in socialism’ 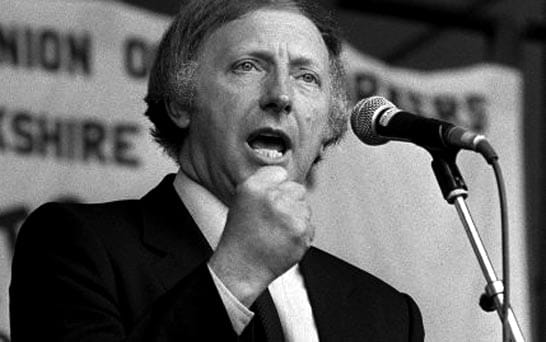 On television the night before the big showdown, Michael Foot appeared to distance himself from the left favouring a 50/50 system between the PLP and the rest of the electoral college.

The right’s option of OMOV secured just 431,000 votes to the 6.2 million favouring an electoral college.

The influence of the trade union block vote caused anger on the centre and right of the party. Shirley Williams dismissed the college as: 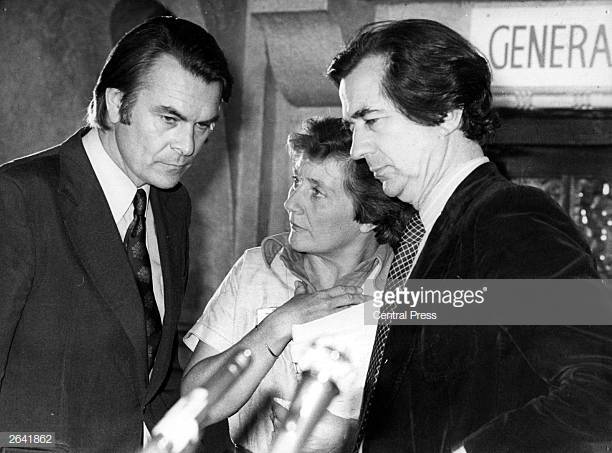 David Owen declared it ‘a disgrace’:

Michael Foot urged them to stay: ‘Sometimes at great Labour conferences the words ‘fight fight and fight again have been used. I don’t want anybody to fight anybody in our party’ 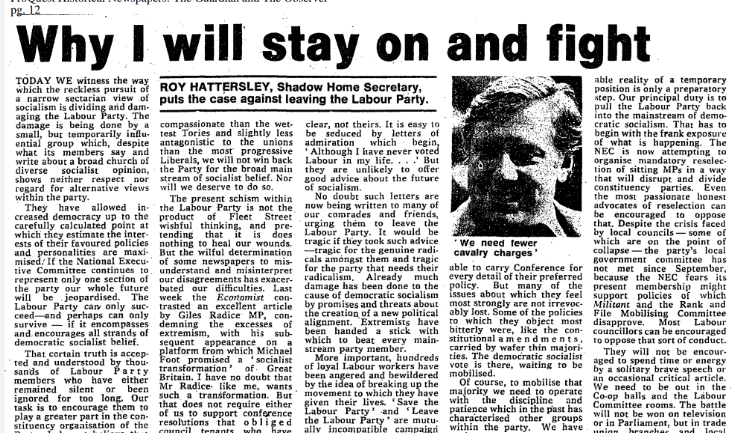 ‘The battle will not be won on television or in Parliament but in trade union branches and local party meetings. We need fewer cavalry charges and more willingness to occupy the trenches’

The Observer declared the result

‘a sad and dangerous day in British politics because it no longer looks like a credible alternative government’.

The paper accused Labour of ignoring the 2.3 million unemployed

Harold Wilson claimed he was ‘sickened’ by what he saw on television:

‘Tony Benn went away in triumph. Those who fought for moderation went away sickened’

For Tony Benn it was the beginning of a new democratic era:

‘The reality is that those people in the middle, represented by Fleet Street. Whitehall and the City are part of a secret establishment who hate the creation of democracy’

Benn urged the party to now push ahead with withdrawal from the EEC, the abolition of the House of Lords, greater freedom for local councils and the election of Shadow Cabinet by members 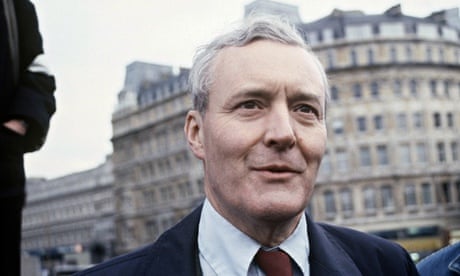 ‘The real problem is that 90% of the public know as well as we do what has been wrong with the party: that we say one thing in opposition and do something else in government.

Benn accused the gang of three of ‘nestling within the Labour Party while they seek to destroy it’: 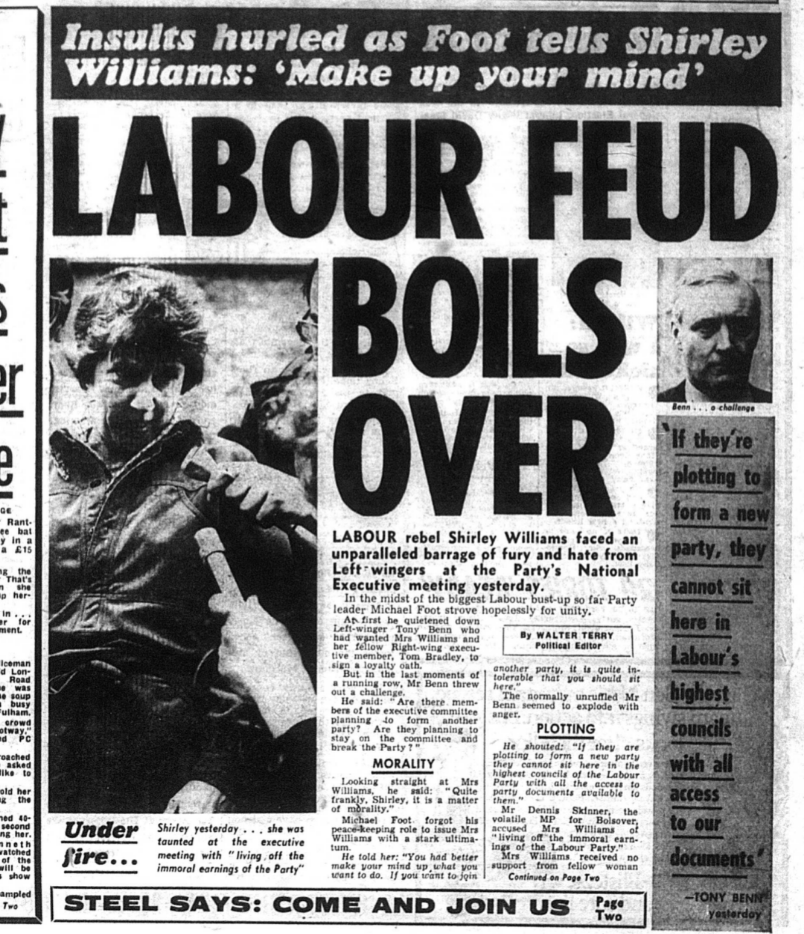