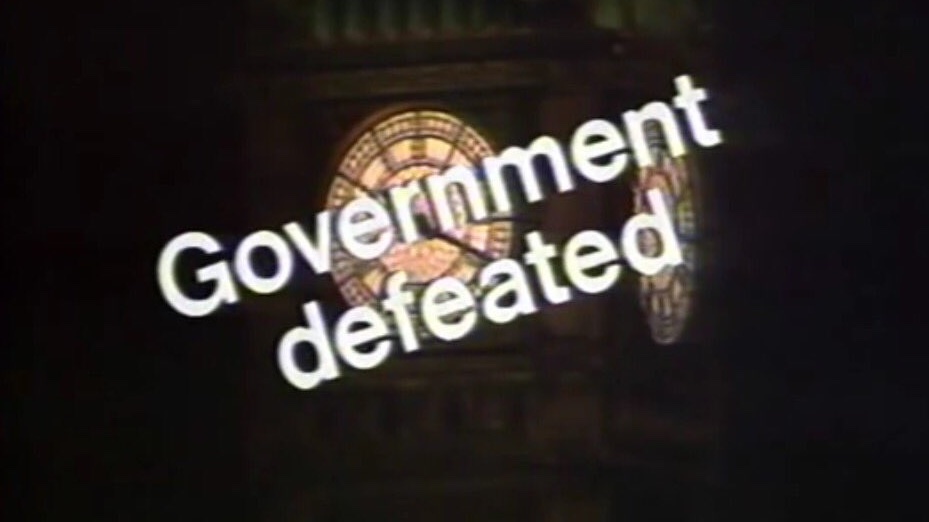 In March 1979 there was a Vote of Confidence in the Callaghan Government which it lost 311-310, triggering a General Election.

In August 1978, the Lib-Lab Pact – which had helped sustain the Callaghan Government in office – disbanded with an expectation that an election would be called for October 1978. 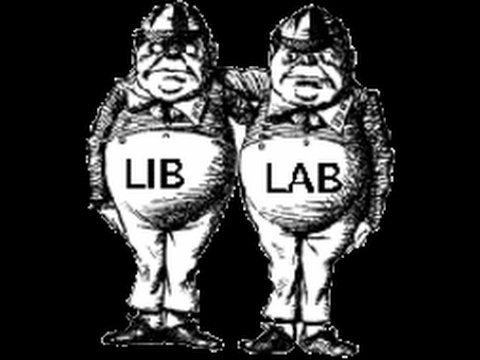 The delay of dissolution has since become one of the great ifs of British politics.

Callaghan later reflected that he did not want to ‘undergo once again the frustration and uncertainty of no parliamentary majority’  and could not be sure of securing a majority.

A failure to impose sanctions on Ford, who had settled a pay dispute outside the agreed figure of the ‘social contract’ after the Tribune band of MPs abstaining on the issue. This led to ‘open season’ on pay claims and the Winter of Discontent. 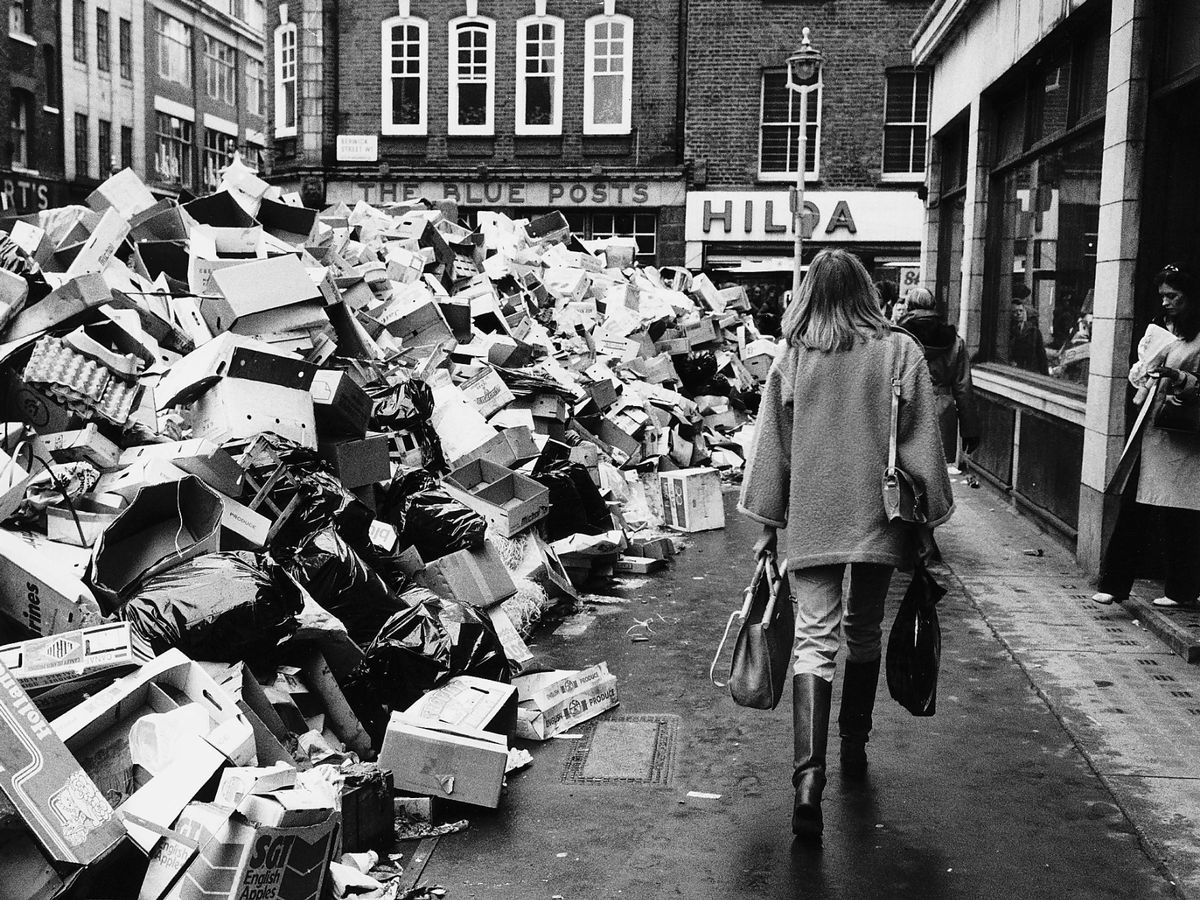 In March 1979, the Gov lost its Devolution referendums in Wales and Scotland. With the Liberals and Nationalists no longer willing to prop up the Gov, the Conservatives tabled a vote of confidence.

Callaghan’s advisors maintained that a deal could be done to stave off defeat, ranging from a Peerage for Cyril Smith, to a gas pipeline for the Ulster Unionists, which was seen by Roy Hattersley as a ‘gift from the gods’

Thatcher on the other hand, refused to engage in such tactics and actively distanced herself from playing ‘duck and drakes with the constitution’ and to ‘wheel and deal with the minor parties’. 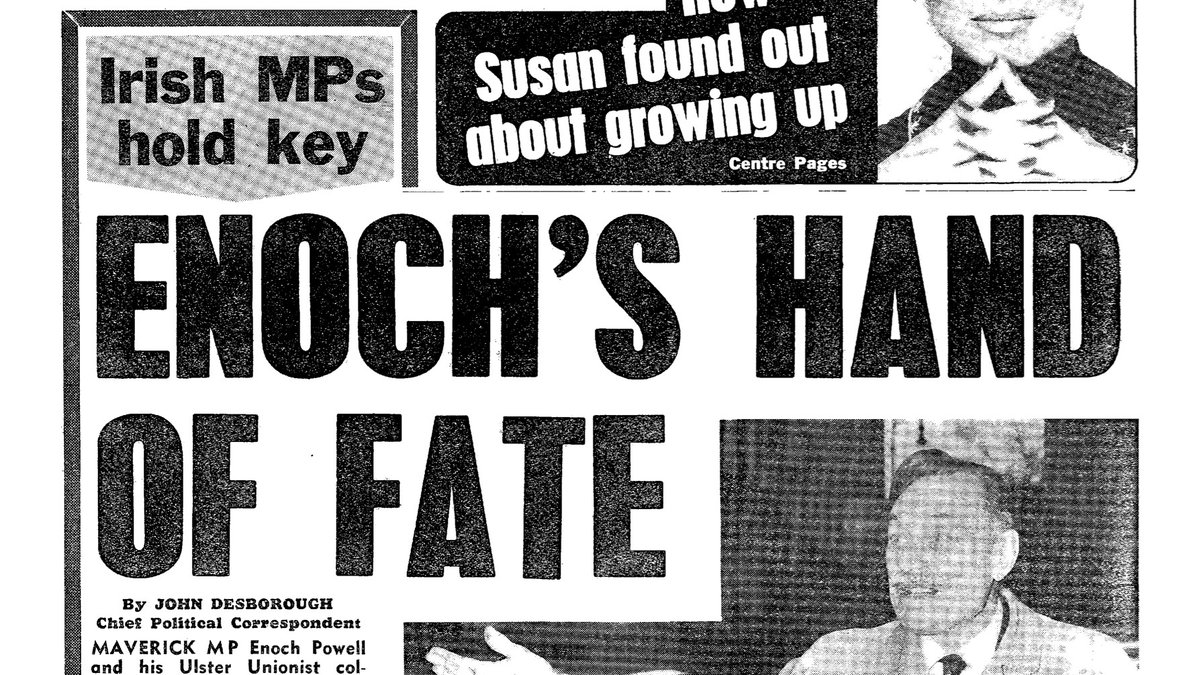 Callaghan privately admitted that he no longer wished to survive ‘wheeling and dealing’. Bernard Donoughue observed that the Prime Minister was ‘worryingly lethargic’ and ‘tired both physically and mentally’.

It was the observation of Michael Foot that Callaghan now ‘wanted to invite the election’. 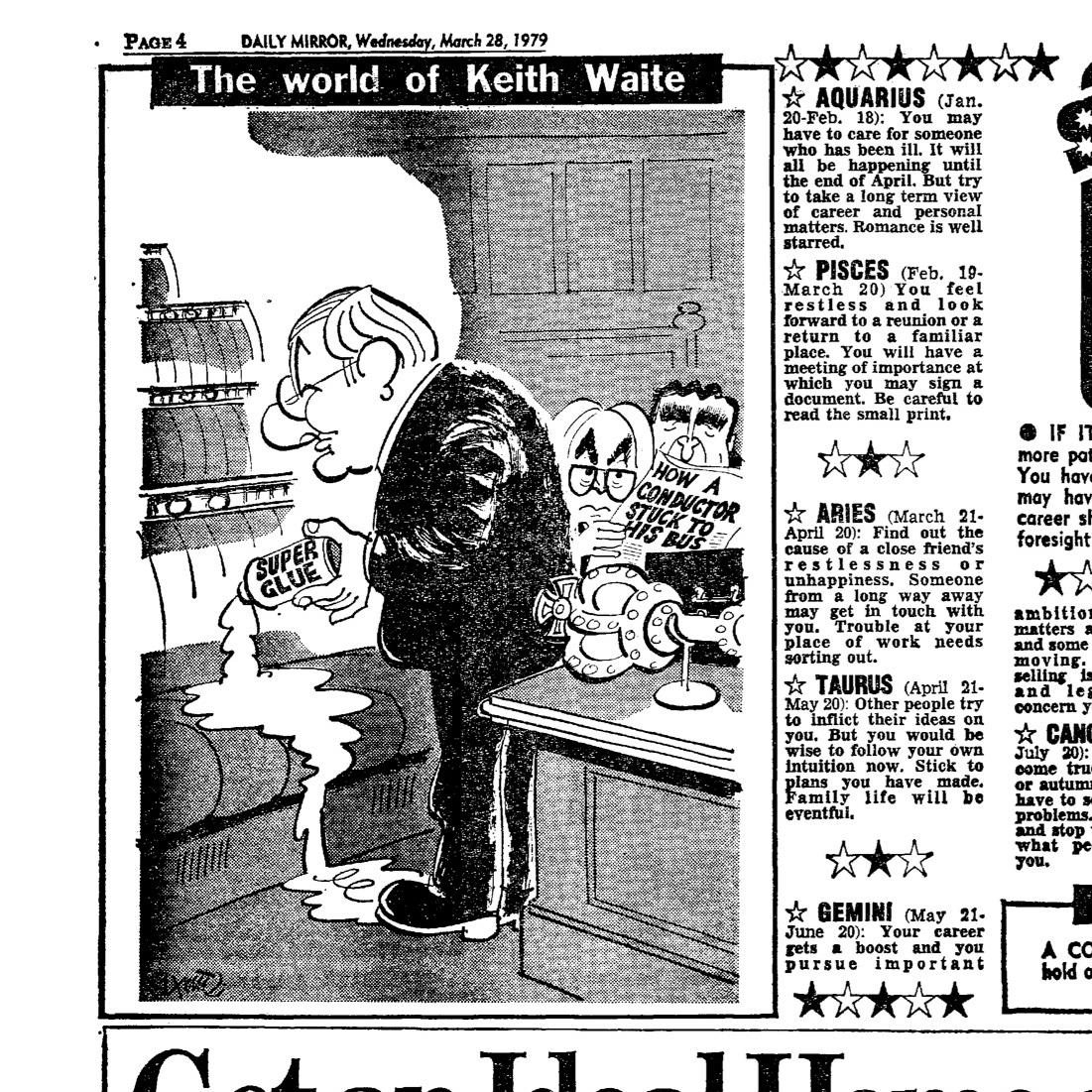 On the morning of the vote, Thatcher admitted ‘a night like this comes once a lifetime’

‘Mr. Speaker, I beg to move, That this House has no confidence in Her Majesty’s Government’

‘The essence of the motion is that the Government have failed the nation, that they have lost credibility, and that it is time for them to go’

‘No Government can protect yesterday’s jobs forever. They can postpone the day of reckoning, but they cannot escape it.

‘They can ease the transition from one job to another, but this Government try to protect yesterday’s job without facilitating the growth of new industries. That is a policy for penury and unemployment, from which the regions suffer most of all’

‘All our hopes for better homes for families, better schools for our children, better pensions for retirement and better health services depend for their fulfilment on our ability to create the wealth to pay for them. Fail in that and we fail in all the other things’

‘How does responsibility grow if decisions on personal property and savings are constantly transferred to the State? We shall never have social morality without having individuals of moral worth.’

‘The Government have doubled prices, doubled dole queues, doubled debt, diminished our defences and undermined public respect and confidence in the law. There has been a failure not only of policies but of the whole philosophy on which they are based’

Callaghan replied for the Government: 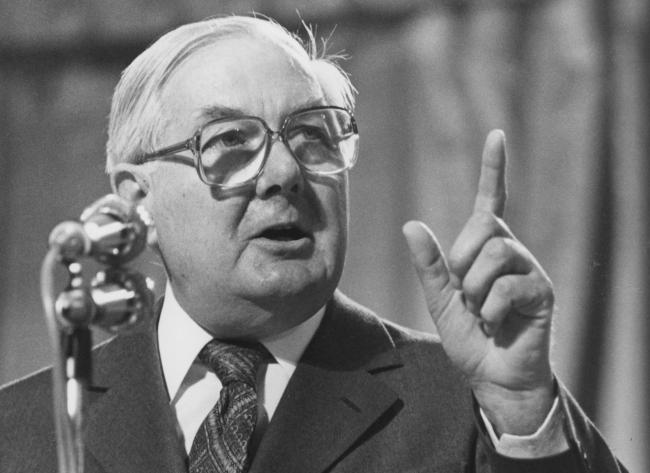 ‘The minority parties have walked into a trap. If they win, there will be a general election. I am told that the current joke going around the House is that it is the first time in recorded history that turkeys have been known to vote for an early Christmas’

‘Of course it is right to highlight any individual or collective cases of folly and excessive abuse of power—evils that the great majority of trade unionists deplore, just as much as do the rest of the community’

‘That will be one more important step to reduce the gaps that still exist in our society—to remedy the injustices, to erase the class divisions and racial bigotry, to attack poverty and the lack of opportunity that still face many of our citizens’ 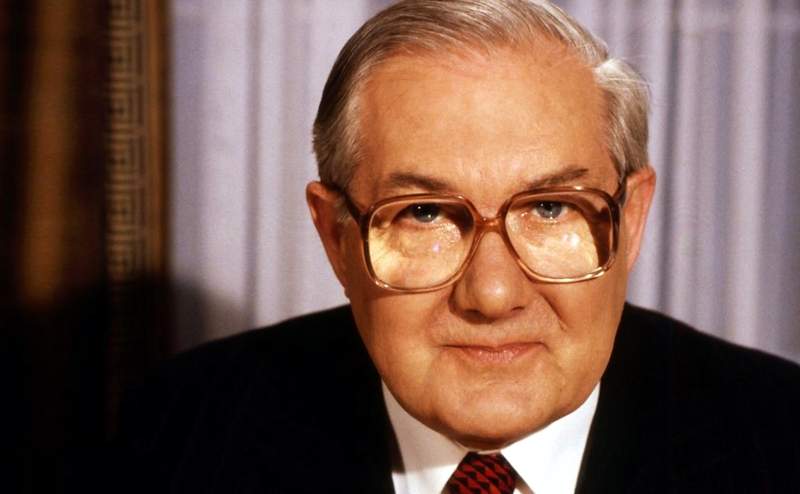 ‘The difference between the Opposition and the Government is that we know that these problems will not be solved by a return to those policies of 1970 or by soup-kitchen social services. They will be overcome only if we harness the energy and the ideals of our people to build a fairer and more just society’

‘Let need, not greed, be our motto. Our purpose as a Government and as a party is to present a bold, Socialist challenge to all these problems as we face these tasks. I ask for the confidence of the House and of the country so that we may continue with our work’

David Steel outlined the Liberal case for an election 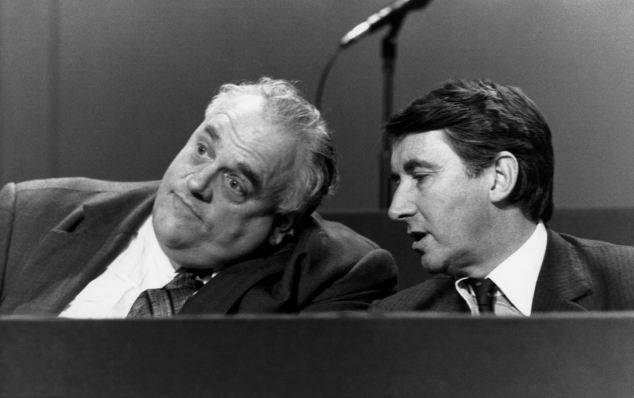 ‘This Parliament finds itself stuck on devolution, stuck on tax reform and stuck on pay policy, and on industrial relations policy it is not only stuck but is sub-contracting its responsibilities to groups outside Parliament.;

‘I think that there is a better way of running Britain, and the sooner the rest of the country is given the opportunity for it, the better’

Donald Stewart of the SNP argued for an election:

‘I say to the Government and to the Conservatives that the Scottish desire for self-government is alive and thriving. Resentment is growing at the apparent wish of the majority here to frustrate that desire and to make divisions in Scotland.

‘These do not take a trick any longer. It is a pity that more Labour MPs do not back their own party policy and legislation, and the Government may have to pay the price’

‘If that phrase about an outstanding record of social progress meant anything in reality and was not falsified by the facts, why did not the Prime Minister put that record to the test at a general election in October 1978?’

‘Why did he not accept the widespread feeling in the House and in the country and put that record to the test instead of waiting fearfully for Parliament to force him to do so? The reality of his actions is so very different from his fine words’

Michael Foot as Leader of the House wound up for the Government in one of the most famous speeches in Parliamentary history: 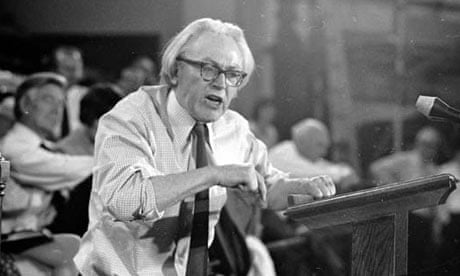 He attacked the SNP:

‘It is one of the wonders of the world. There has bean nothing quite like it since the armies of ancient Rome used to march into battle….’Hail Emperor, those about to die salute you’

And joked that David Steel:

‘the Leader of the Liberal Party—and I say this with the utmost affection—has passed from rising hope to elder statesman without any intervening period whatsoever.’

‘Two-thirds of the Conservative Party at that time voted for the same reactionary policies as they will vote for tonight. It is sometimes in the most difficult and painful moments of our history that the country has turned to the Labour Party for salvation, and it has never turned in vain.

Historians have allied it to the votes of two individuals: Alfred Broughton and Gerry Fitt

In relation to Alfred Broughton, his illness prevented him from being ‘nodded through’. At 5pm, as the debate was in full swing, Callaghan received news that ‘Doc’ Broughton could not make it.

One alternative option was to honour the paring agreement for ill members which did not usually apply to confidence motions. 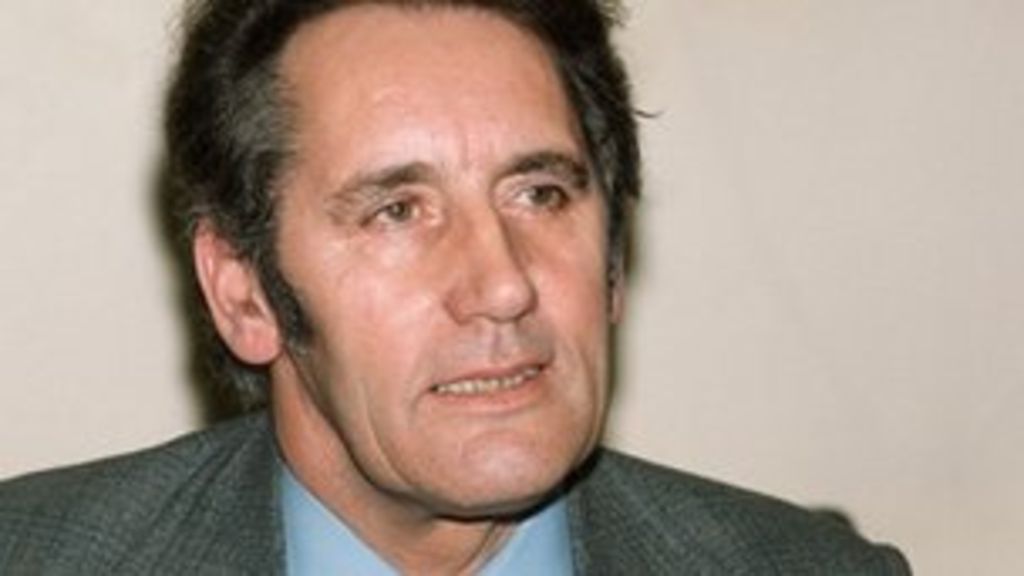 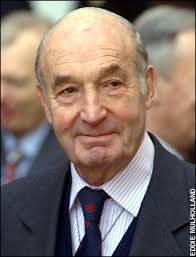 However, Harrison refused to accept the offer as a matter of  ‘goodwill’, knowing that it would have ended Weatherill’s career.

The loss of Fitt’s vote – who normally sided with the Government – was attributed to his disdain for Roy Mason’s hard-line views on Northern Ireland and the increasing concessions Callaghan had made to the Ulster Unionists in increasing the number of MPs.

Fitt argued in the debate that

‘This evening I find myself in a most difficult position, both personally and otherwise. I heard the speech of the Prime Minister and I agreed with every word of it. I hope that when there is an election a Labour Government will be returned again’

‘I believe that the Labour Party will win the next election, and my speech is an attempt to point out the Government’s tragic mistakes over the past five years’

Yet as the House divided, Bernard Donoughue recorded that ‘the Tories looked down and expected to lose’

Jimmy Hamilton, the Labour whip, believed Labour had doe it.

Roy Hattersley recalled seeing Humphrey Atkins – Tory whip – give Margaret Thatcher a piece of paper showing them that they had lost. Thatcher mouthed ‘I don’t believe it’ 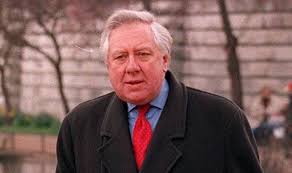 But the tellers had calculated it wrong.

‘The Ayes to the right, three hundred and eleven’

‘The Noes to the left, three hundred and ten’

‘Mr Speaker…now that the House of Commons has declared itself we must take our case to the country.

One thought on “End Days: The Night the Callaghan Government Fell”