The death of Ernest Bevin of April 1951 caused reflection and tributes across the globe. 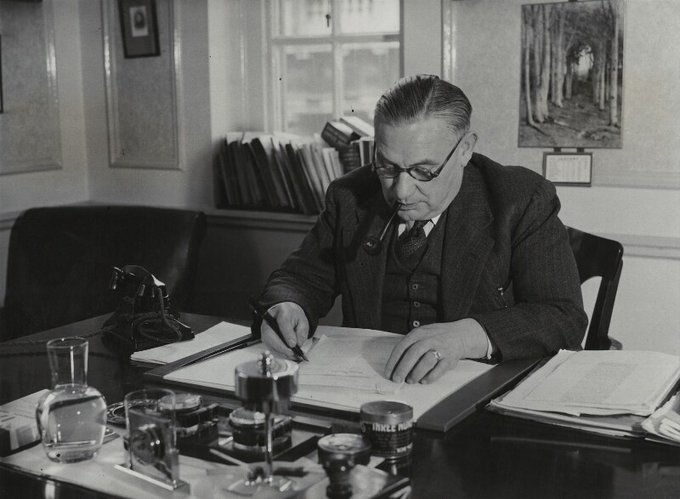 Prime Minister Clement Attlee leads the tributes: ‘The country has lost in him a great statesman and the Labour movement a leader of whom it was proud’

How the world – from Churchill to Truman – responded to the death of a political titan:

Clement Attlee led the tributes in a broadcast to the nation: 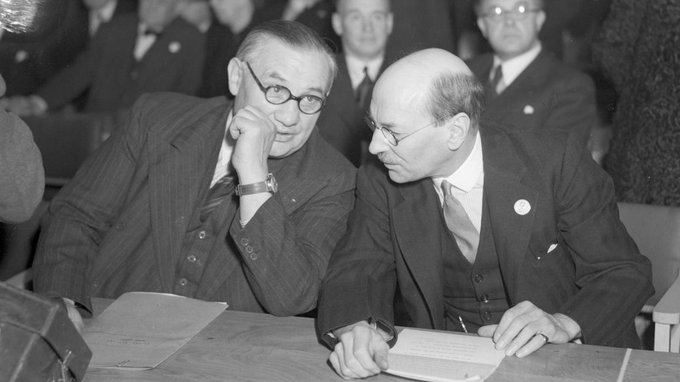 ‘Bevin was first and foremost a great Englishman, forthright and courageous, an idealist, but an eminently practical one’

‘He understood instinctively the reactions of the ordinary working man and woman but is knowledge of poverty did not drive him into a sterile and bitter class consciousness. He understood and could work with people of all classes’ 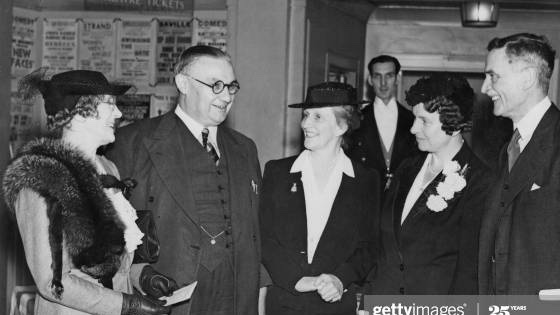 ‘As Minister for Labour during the war, he played a very great part in the achievement of victory’

‘He showed as Foreign Secretary, high courage and wise statesmanship. He was one of the outstanding figures in the international scene’

‘It was largely due to his initiative that the Brussels Treaty and the Atlantic Treaty came into being. 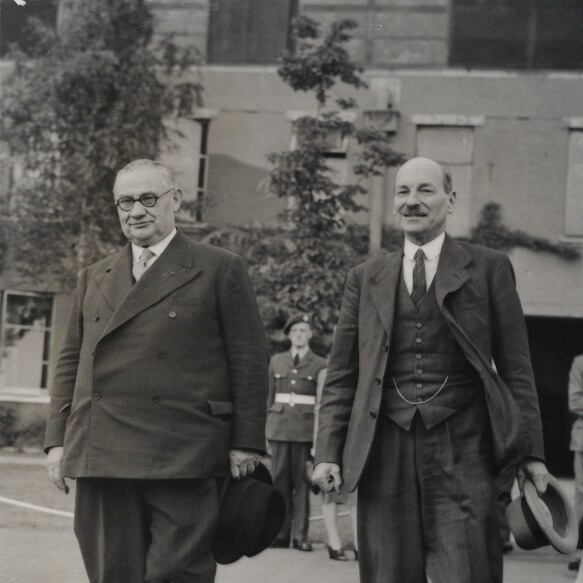 ‘I am deeply grieved at the death of my war-time comrade. A valiant spirit has passed from us. He has his place in history’ 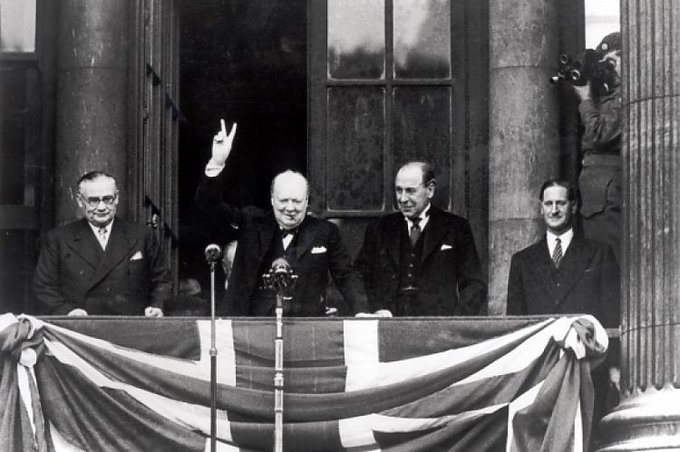 ‘A valiant spirit has passed from us’ 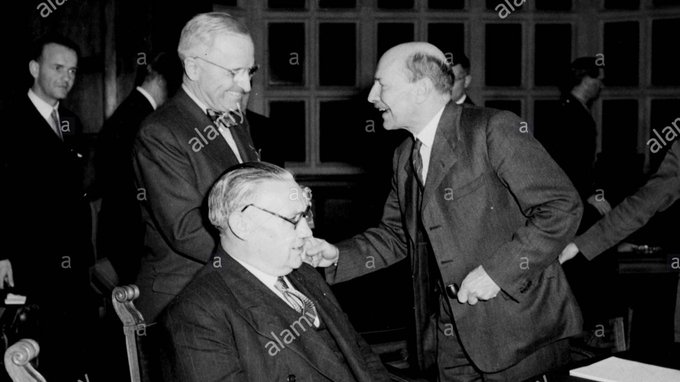 ‘Lovers of freedom the world over will share the sorrow of the British Government and its people, in the loss of a faithful public servant who was a valiant defender of human rights’

‘Ernest Bevin was the embodiment of rugged honesty and the ancient English virtues, ever the exemplar of justice and the powerful advocate of the cause of the oppressed and all who bore heavy burdens’

‘The United States has lost a warm and understanding friend. Mr Bevin had won the respect and admiration of the American people. They too, will feel the loss Great Britain has sustained in the death of the great leader and statesman’

‘So long as there is freedom in the world, the untiring services of this great leader of the Labour movement and his valiant work for an enduring peace will not be forgotten’ 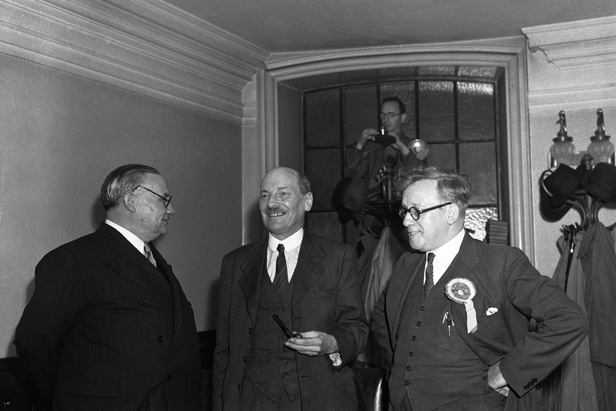 ‘He saw the world as a whole. He knew that Britain’s fortunes were bound up with no single region. He considered every problem in its world setting. He thought deeply and long about international problems’

Arthur Deakin – the General Secretary of the TGWU – who succeeded Bevin:

‘We at the TGWU will miss him greatly. He was the architect of the organisation and a wonderful inspiration to us all’

‘He was not just a confidant, he was someone who I could discuss grave problems with even when our views were different’ 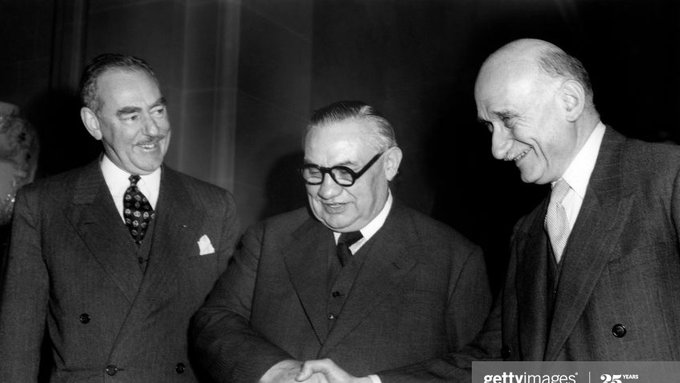 ‘By any standard of measurement, Bevin stands forth as a man of great stature. He was cast in a large mould both physically and in an intellectual capacity’

Trygve Lie – the Secretary-General of the United Nations:

The Guardian reported that ‘Moscow radio today announced the death of Mr Bevin but made no comment. According to Reuter, it was given as the last item’

In the Commons, Anthony Eden spoke in the absence of Churchill 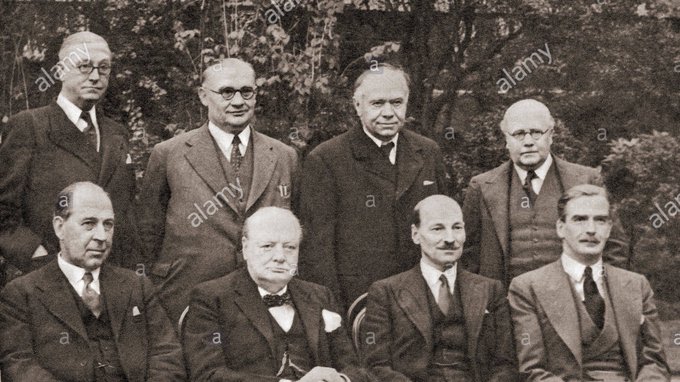 ‘There are for most of us, I think, certain characteristics of the man which will linger always in our thoughts—his massive strength; his integrity, once his conviction was reached; his sense of loyalty to colleagues in good times and in bad, as my colleagues in the War Cabinet will remember very well’

‘the courage we all know; and perhaps, by no means least, the conjunction made up of these many qualities which aroused deep personal affection towards him of men in so many and such varied walks of life. It was a rare gift he had’

‘There is today a gap in our public life, a gap which will not be filled in our time. Ernest Bevin was massive, massive in personality and massive in character and intellect. 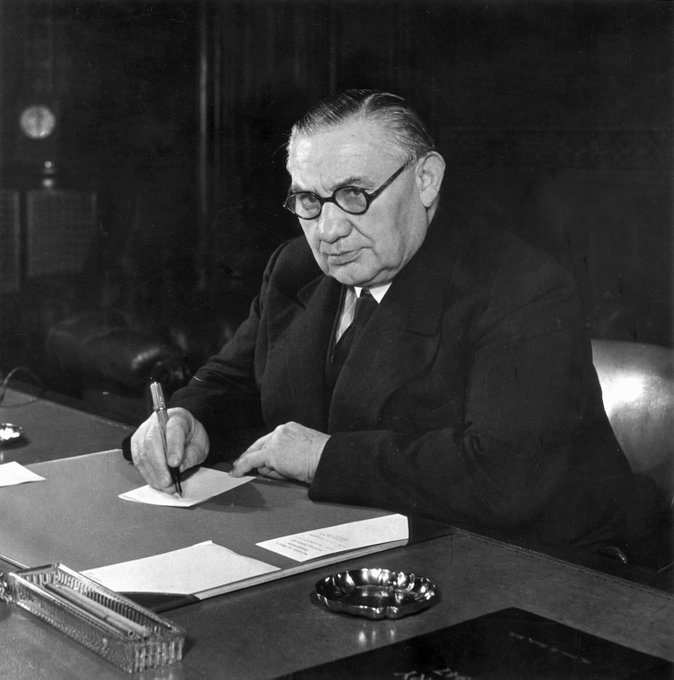