In 1999, Labour won the battle to introduce the minimum wage.

The Conservatives maintain it will add to business costs and lead to job losses. Labour claim it is a key step in combatting poverty

The story of the battle to introduce it

Many of the underpaid workers were women who worked as cleaners, dinnerladies and shop assistants. It ensured that in 1993 the gender pay gap stood at 29%.

Labour adopted a NMW policy for the 1992 general election. However, announcing that the rate would be set at £3.70 per hour (half the male median earning)

Tony Blair committed to a minimum wage when he became leader in 1994: 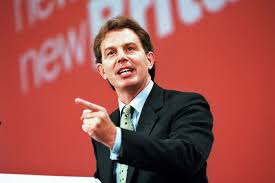 ‘Keir Hardie did not manage to achieve a minimum wage and nor did Attlee, Wilson, Callaghan or anyone else, but this next Labour government will introduce a statutory minimum wage for Britain. That is our pledge, and it will be done’

Once in government, Labour set about their task and a minimum wage was pledged in the first Queen’s Speech

Gordon Brown claimed in his first spending review that 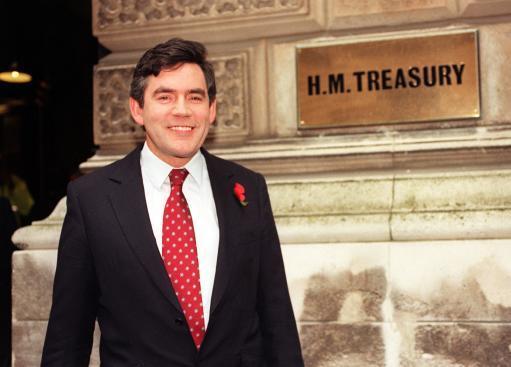 Margaret Beckett introduced the bill to the House in December 1997:

‘The Low Pay Commission found other examples; of people working for 80p an hour in a chip shop, £1.22 as care workers and as clerks for just £1.66’

One of the biggest opponents of the national miniumum wage was The Times newspaper.

In an editorial it argued and that it was ‘an act of ancestor-worship by the Government, a homage to the ghosts of old labour past’

The paper claimed it was an ‘irrelevant, economically illiterate and potentially harmful decision’.

The Tories fought against its introduction. John Redwood:

‘We have warned the government throughout, that a minimum wage policy will not work.’

Redwood cited a report that one million jobs could be lost ‘if we had a national minimum wage at half average earnings’.

Damian Green claimed a minimum wage was ‘immoral’ arguing that it would ‘discourage workers from taking low-paid, socially useful work…it deludes people into thinking that it is an attack on poverty. It will not reduce poverty’

Michael Portillo claimed it was 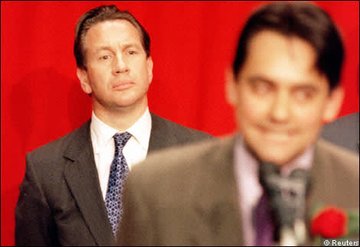 ‘a truly immoral policy. It masquerades as something caring but will actually damage people. Its main benefit will be to the better off. The worse off will lose their jobs.’

He claimed the Tories:

‘are the people who believe you can build an economy on sweatshop wages. This side does not’.

Trade Unions were opposed to aspects of the minimum wage which created a lower threshold for people under the age of 21. 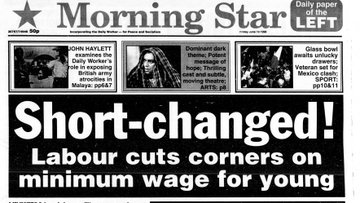 John Edmonds – of the GMB – claimed

‘the government will be making a large political mistake’ if it created a lower rate form under 21s.

Despite the Tory opposition, the National Minimum Wage Act was enacted on July 30th 1998. The legislation would apply to all employees regardless of their sector.

Set at a modest level of £3.60 per hour, the government aimed to start low and evaluate its effect over time.

Jack Dromey of the TGWU argued it was

‘a marvellous step in the right direction. It will establish for the first time a low point’

‘this means an increase in costs for business, with people’s job prospects the likely long-term losers’

When the law came into force in April 1999, two million people received a pay rise overnight. It was estimated that 10% of all women workers benefited from the rise.